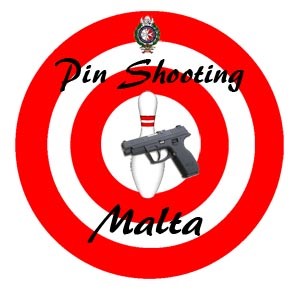 AMACS PIN SHOOTING will be launching the new “Throom” Pin Targets at Victoria Range at 12:30pm on Sunday 13 June.

These targets, which shall be used in competitive events organised under this exciting target shooting discipline, are made of self-healing lightweight polymer material which allows bullets to pass through without any risk of ricochets. The purchase of these targets, which greatly enhance sport shooters’ safety and simplify resetting, was kindly supported by SportMalta.

The popularity of Pin Shooting has been increasing steadily since AMACS introduced it in Malta on 6 July 2013, thanks to the enthusiasm of the discipline’s local founder and current director Christopher Vella. The basic rules of this sport are as follows:

• Two shooters compete against each other as they take aim at five pins standing on each of the two tables facing them at 25 feet;
• Each shooter carries two magazines, each loaded with twelve rounds;
• The shooter may perform a magazine change within his/her session;
• The shooter who is first to knock down all his five Pins is the winner;

These new targets permit the shooting of most pistol and rifle calibres, with exception of the most powerful ones.